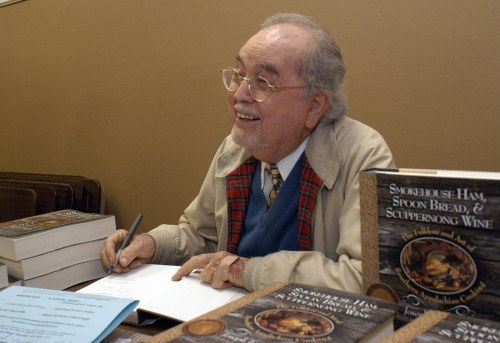 Joseph Earl (Joe) Dabney, was former newspaperman, prize-winning author and Lockheed Martin PR representative. Dabney was a native of South Carolina and a graduate of Berry College, where he served as editor of the student newspaper and sang in the choir and quartet. After graduation, Dabney served as a journalist for 15 years, first working on newspapers in Cartersville and Columbus, Georgia. After serving in the Korean War, Dabney returned home in late 1952, and worked as a reporter and editor for the Florence, SC, Morning News, and the Gainesville, GA, Daily Times, and as state news editor for The Atlanta Journal.. Dabney later served as a public relations representative with Lockheed Martin Aeronautics Company until he retired in 1989. Dabney was an acclaimed author and speaker, publishing six non-fiction books. His first book “Mountain Spirits” (1974) was described by TIME as “a splendid and often hilarious history” of hill country folkways and garnered Dabney an appearance on the “Today” Show. Dabney penned a sequel, “More Mountain Spirits.” His Appalachian Americana cookbook “Smokehouse Ham, Spoon Bread & Scuppernong Wine” (1998) won the James Beard Cookbook of the Year Award, among many other accolades, and Dabney was honored with a gala reception at the Governor’s Mansion in Atlanta. Dabney followed this success in 2010 with “The Food, Folklore, and Art of Lowcountry Cooking”. The Dabney resided in Brookhaven’s Murphey Candler Park area for more than 48 years, and as president of the Dunwoody Friends of the Library, he created the Brooke Baker Award for Lifetime Achievement, which honored many outstanding Georgia authors.