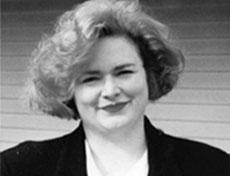 Jeanne Braselton was a Georgia native whose semi-autobiographical debut novel "A False Sense of Well Being" (2001) was widely acclaimed and won her the Georgia Writer of the Year Award in 2002. She committed suicide before her second book was completed by her friend and fellow writer Kaye Gibbons and published in 2006.

Jeanne Braselton was born in Fort Oglethorpe in 1962. She was the adopted daughter of a poet who was a chief of the Cherokee nation and who gave her a love of the written word. She received a B.S. in English from Berry College in Rome in 1983. She worked as a commercial bank marketing executive but spent mmost of her working life as a reporter and editor for the Rome News-Tribune newspaper, for which she received a number of Georgia Press Association awards. She was married to the poet Al Braselton, a close friend of the late poet James Dickey and the source for one of Dickey's characters in the novel "Deliverance." He died in 2002.

Jeanne Braselton enrolled in a creative writing class in Rome that led her to correspond with and become friends with a number of regional writers including Kaye Gibbons, Anne Rivers Siddons and Lee Smith. With their encouragement, she wrote her first novel. The book is about a woman who is devoted to her loving but boring husband, and who, after suffering a miscarriage, becomes fixated on ways to bring about his death. There are autobiographical elements in the novel; Braselton had several miscarriages during her marriage. The book sold well; one critic called it "regional fiction at its best," and there were predictions of a long literary career for her.

But less than a year after her husband's death in 2002, a despondent author took her own life at the couple's home in Rome. Her second book, "The Other Side of Air," was completed by Gibbons and relreased in 2006." She had written a lot that was unusable," Gibbons said of Braselton's novel. "I started over using an e-mail she sent me when she started it about what her plans were. She was thinking clearly then, and it was realistic, and I used that for a model."