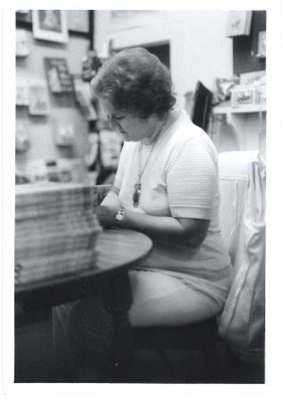 Doris Buchanan Smith wrote 17 books for young readers before her death in 2002. Her first book, "A Taste of Blackberries," remains the best-known, however; it won numerous awards when it appeared in 1973 and has not been out of print since then. In 2010, the book was chosen for inclusion on the Georgia Center for the Book's inaugural list of "25 Books All Young Georgians Should Read."

Doris Buchanan Smith was born in Washington, DC in 1934. She moved to Atlanta at the age of 9, and after her marriage she and her first husband raised four children and cared for nearly two dozen foster children, one into adulthood. She dreamed of being a writer from the age of 11 but was able to take writing seriously only after her four children were in school. The late Paul Hemphill, a prominent Atlanta adult book author, said of her, "She had this thing about kids who needed help. "She had seen kids in so many life situations, and that enhanced her writing. she touched a nerve in her stories about boys and girls in trouble, working out life's problems."

"A Taste of Blackberries" has become a children's classic, one of the first books to deal honestly with the unexpected death of a young boy and its impact on his best friend. The book won the Georgia Children's Book Award, was a Newberry Medal finalist, was named a "Best Book of the Year" by Library School Journal and Publishers Weekly, and was honored by the American Library Association as a "Notable Book" of the year.